In Honor of the 100th Year Anniversary of Fatima

Join us on a pilgrimage to honor Our Lady's 100th anniversary apparition at Fatima. It will be an amazing time to grow in faith and connect with others who love Our Lady. 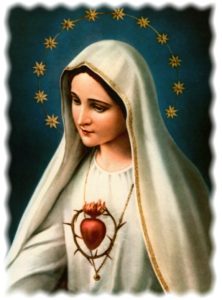 Day 2 & 3 - Upon arrival in Barcelona we will meet our tour guide and begin a city tour by bus of the “second capital of Spain”.  We will visit the UNESCO World Heritage Sites for the works of Antoni Gaudi including the still incomplete basilica of Sagrada Familia with a projected completion in 2026, Casa Mila, and Casa Batllo. We will also visit the UNESCO World Heritage Sites of Palau de la Musica and Hospital de Sant Paul designed by Lluis Domenech i Montaner. We will walk through Barrio Gotico (the old town) to visit the Cathedral of St. Eulalia, the Jewish quarter, St. Mark’s Square and the church of Santa Maria del Mar.  We will visit La Rambla Street with its colorful markets. Dinners and overnights in Barcelona. 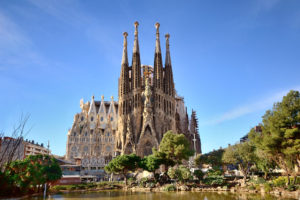 Day 4 – After breakfast we transfer to Valencia.  We will visit the Cathedral of the Holy Chalice, the ‘Miguelete’ Bell Tower and Apostles gate. We will also see UNESCO World Heritage site, the Silk Exchange and the Central Market, Plaza de la Virgen (Virgin Mary Square), Round Squre, and the Old Quarter.  Dinner and overnight at hotel in Valencia.

Day 5 – After breakfast,we will stop at Caravaca de La Cruz, one of the 5th holy cities in the world.  A jubilee year at  Caravacas Basillica, it holds fragments of the cross upon which Christ died. We will then proceed to Murcia the capitol of the Murcia region. From the seventeenth century, and especially in the eighteenth, Murcia achieved a splendour that expanded beyond its walls. At this time, numerous churches were built in the  city, including la Merced, San Miguel, Santa Ana, the Monastery of Santa Clara el Real, Santo Domingo, Santa Eulalia and San Juan de Dios. The Cathedral of Santa Maria, contains both Renaissance & Baroque and features the beautiful altar piece by Jaime Bort, combining wisdom with sculpture and architecture . Dinner and overnight in Murcia.

Day 6  - After breakfast we will depart for Granada to see the stunningly beautiful UNESCO World Heritage Sites Alhambra, Generalfe and Albayzin. We will also visit the Cathedral & Royal Chamber.  Dinner & overnight at hotel in Malaga. 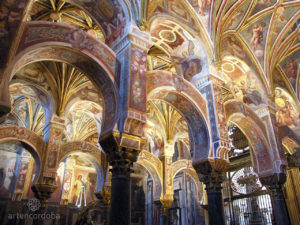 Day 7 - After breakfast we depart to Cordoba. Upon arrival we will visit the Plaza de la Corredera, the 17th Century public square, the Calleja de las Flores, a quaint  alley located in the Jewish district, the UNESCO World Heritage Site of the  Historic Center of Cordoba featuring the Mesquita Catedral de Cordoba (the Catedral of St. Mary of the Assumption which was formerly a mosque), the Puerta del Puenta (Bridge Gate) and the Roman Bridge. Dinner and overnight at hotel in Malaga.

Day 8 - After breakfast, we will transfer to Gibraltar on the most sourthern tip of Spain.  Gibraltar is bordered by the continents of Africa and Europe, and the countries of Morocco, Spain, the British colony of Gibraltar, and the Spanish exclave of Ceuta. It also borders the Strait of Gibraltar, which links the Mediterranean Sea and the North Atlantic Ocean, on the southern coast of Spain.  While there we will visit the Nature Reserve by minibus with sites including the Rock of Gibraltar, St. Michael’s Cave, The Great Siege Tunnels, the Jew’s Gate and Morrish Castle. Dinner and overnight at hotel in Malaga.

Day 9 - After breakfast, we transfer to coastal city of Tarifa, to ferry to Tangiers, Morocco  (Africa). We will spend the day in Tangiers visiting with our guide Cabo Espartel and the panoramic view of Estrecho. We will also visit the necropolis with 98 tombs of which 50 are carved in rock of various eras of Roman remains, the kasbah which was the acient fortications once in charge of the city’s defenses. We will enter the Palacio del Sultan, Medina (the old city) and zoco (market). We will end our evening in Morocco with dinner at a local restaurant  Dinner and overnight at hotel in Malaga.

Day 10 – After breakfast we transfer to Seville. We will tour inside the UNESCO World Heritage Sites of the Seville Cathedral containing the tombs of King Ferdinand III and Christopher Columbus and the Real Alcazar. Afterwards we will stroll through Barrio de Santa Cruz (ancient and historical jewish section). Dinner & overnight at hotel in Fatima.

Day 11 - After breakfast at the hotel, we will visit Aljustrel, where the three Little Shepherds were born, and the Sanctuary. Mass, time for prayer and walk through the sanctuary. Following dinner at the hotel, we will particpate in the rosary at the Chapel of the Apparitions and candlelight procession.  Dinner & overnight at hotel in Fatima.

Day 12 – After breakfast  transfer to Santarem to behold one of the oldest Eucharistic miracles in the world.  Afterwards free time for private prayer and leisure in Fatima.  Dinner and overnight at hotel Fatima.

Day 13 - After breakfast, we will tour the city of St. Anthony – Lisbon.  We will visit St. Anthony Church (the birthplace of St. Anthony of Padua), the Lisbon Cathedral, St. Roch Church,  and Lookout Miradouro Sao Pedro de Alcantara for one of the best views in Lisbon.   Walk through the old town.  Dinner and overnight in Lisbon.

Day 14 - Transfer to Lisbon airport for flight back to Chicago.